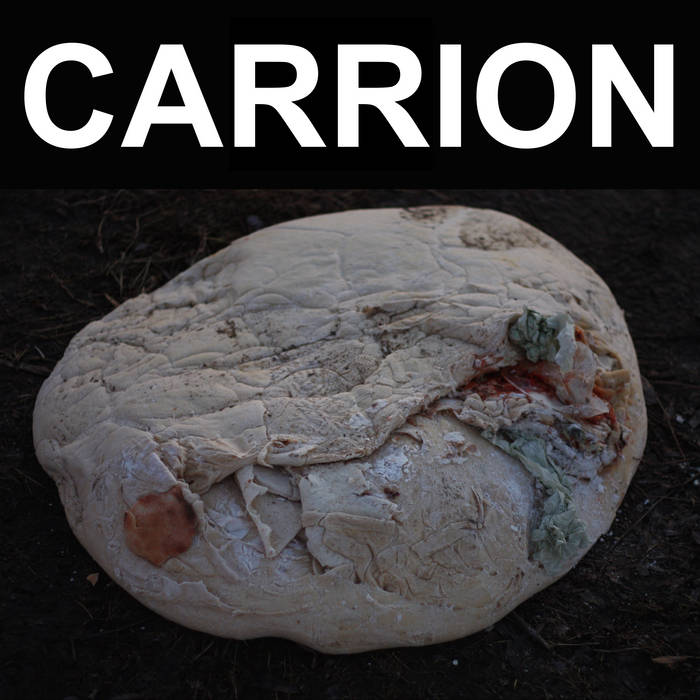 RECITATION is a new Danish outfit carrying a unique approach in their effortless blend of doom, death metal and a mind-bending psychedelic vibe. Their debut album is named “Carrion” – a term for the post-life corpus of rotting flesh. The album consists of one song of 27 minutes: the uncompromising movement that is the song “Carrion”. Thematically it deals with the human feelings of meaninglessness and depression when confronted with the harsh reality of inevitable decay and death – a basic condition for all flesh that inhibits the earth and beyond.

RECITATION’s debut record is a dark and feverish journey undertaken to a music of demise – a crushing, monotonous movement through a desperate musical night, where the riffs rise as monoliths of death, telling a tale of what little time we are given. The 27 minutes can be described as a non-linear composition consisting of a series of repetitive progressions giving way to the vibe, the riff and a slow crushing feel in a way that conjures up an experience of stretching time and presence. It’s music working on another level of being – metaphysical and yet very present in the earthly life. It’s a journey that you undertake, painfully aware, while led astray – a journey we all have to take.

Bandcamp Daily  your guide to the world of Bandcamp